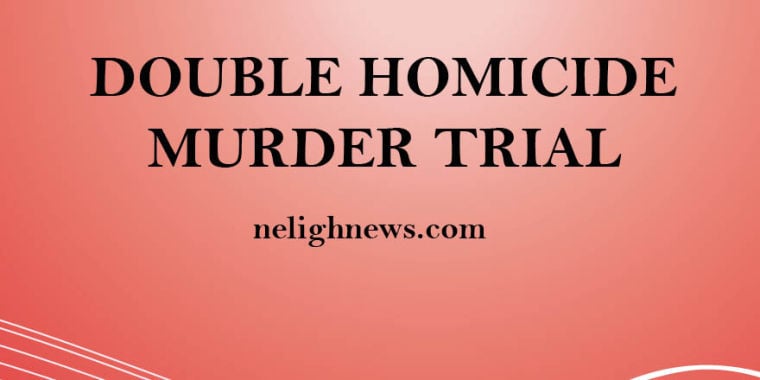 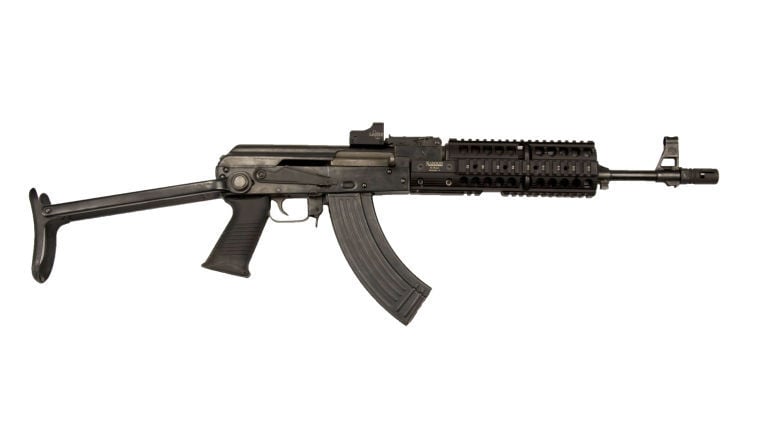 Matthew Hinrichsen purchased an AK-47 rifle from an online source, less than one month before the homicides.

Matthew Hinrichsen purchased an AK-47 rifle from an online source, less than one month before the homicides.

Opening arguments and testimony began Monday, Oct. 21, in the State of Nebraska versus Matthew Hinrichsen murder trial in district court at the Antelope County Courthouse in Neligh.

Hinrichsen, 33, of Ewing, faces four counts, including two counts of a first-degree murder, one count of possessing a firearm while committing a felony, and one count of use of a firearm to commit a felony.

Nebraska Assistant Attorney General, Sandra Allen, cautioned the jury comprised of seven men and five women that they would hear details from a 911 call placed by a frantic 25-year-old Victoria Lee as Hinrichsen entered the trailer house Lee shared with her husband, Alex Vargas.

“This is not a pretty process,” Allen said.

In her opening statement, Allen said Vargas died from three gunshot wounds to his abdomen and torso area. Lee died from traumatic blunt force trauma to the head.

And, there’s the handwritten note Hinrichsen left for his mom, that said, “I love you guys more than anything, but I can’t live with what I have done.”

Todd Lancaster, Hinrichsen’s attorney, said the defense isn’t going to dispute the charges against his client.

“We don’t dispute the DNA or that his (Matt's) clothes were burned. These are killings that you as jurors, need to figure out. Was this a cold-blooded, calculated, pre-meditated case?” Lancaster said.

Susan Lee of Missouri Valley, IA, testified that her daughter Victoria was working on a degree in political science from UNO and worked as a caterer at the time of her death.

Lee said Victoria and Hinrichsen dated for a few years but the relationship ended in July 2012.

“After July, she (Victoria) had an on again/off again relationship with Matt,” Lee said.

Victoria married Vargas on Oct. 22, 2012 and both visited the Lee’s Iowa home to celebrate the wedding.

According to Lee, Victoria was living with Vargas on the date of the wedding; however, the State questioned the living arrangements of the couple and if Victoria was actually residing with Vargus on October 22.

Natalie Walton, who worked as a bartender at J and B Lounge in Orchard, said Hinrichsen came into the establishment around 5 pm on Dec. 7, gambled, and ordered several drinks.

Walton said Hinrichsen spent about $200 playing Keno and told Walton, “I can’t take it to the grave.”

Dustin Wright, owner of DW’s Pub in Ewing, said Hinrichsen came into the bar later on the evening of Dec. 7 and spent a lot of time talking to several former classmates who were in DW’s.

“He was flaunty,” Wright said. “He bought a couple bottles of wine and passed around the bottles and cups.”

Greg Jorgensen, a Norfolk chiropractor who graduated with Hinrichsen from Ewing Public Schools in 1998, was one of the classmates who made contact with Hinrichsen in DW’s that evening.

Jorgensen testified that Hinrichsen had told him on Thanksgiving, 2012, about the breakup with Lee.

Allen questioned Jorgensen about Hinrichsen’s demeanor when discussing the breakup.

“He said she wanted to go back to Omaha to school. It was just small talk.”

On Dec. 7, Hinrichsen met Jorgensen at DW’s around 9 p.m. and drank. The two visited and eventually, Hinrichsen took a seat at the bar while Jorgensen stayed in the other room.

Jorgensen said around midnight, he realized Hinrichsen left DW’s and sent a text asking Hinrichsen where he was.

Around 12:30 a.m., Jorgensen received a text from Hinrichsen that said, “I’m done with life. I love you man.”

Lancaster asked Jorgensen if Hinrichsen was intoxicated at DW’s.

Jorgensen said he wasn’t sure since he did not know how much Hinrichsen drank at the bar in Ewing or earlier in Orchard.

When the defense questioned Jorgensen about Hinrichsen's demeanor in the bar the night of Dec. 7, Jorgensen responded “He’s a happy-go-lucky drunk.”

Nebraska State Patrol officer Daniel Parker identified an AK-47 retrieved from an access space in the office building of Hinrichsen Sand and Gravel. The State produced evidence that Hinrichsen used the AK-47 to kill Vargas and Lee.

Allen asked if Parker observed anything unusual about the gun.

Parker said he saw dried blood, one long hair, approximately a foot long, and a chunk of skin with meat or bone on the front of the gun’s shaft.The stock of the gun was missing.

Lancaster questioned if the missing piece had been recovered.

“Not to my knowledge,” Parker replied.

Testimony continues Tuesday at 9 a.m. in the District Courtroom at the Antelope County Courthouse.